The process of putting together a play starts at the Annual General Meeting of the Drama Company in June. The plays for the forthcoming year are agreed in principle - for instance one comedy, one murder mystery etc. The directors of the plays are allocated. While one play is being produced, a play reading for the next is held. Any full member of the Drama Company who is interested in that particular play is welcome, and the play is read through using the scripts with various people reading different parts. The member then lets the Director know which parts they would be interested in. The director usually decides within a few weeks of the play reading who they wish to play which parts, and casts the play. This play, the Noble Spaniard, was chosen by the Director, Ian Guy. It’s an eighteenth century comedy set in France, the tale surrounding the French aristocracy, the protagonists are plagued by misunderstandings, misguided loyalty and misplaced honour. As soon as the previous play has finished its run, the hard work begins. The set is stripped bare. There is a lot of discussion, pointing, scratching of heads and cups of tea made as the layout of the stage for the new play is agreed and takes place. Sometimes the work is so exhausting that people almost fall asleep on their feet. 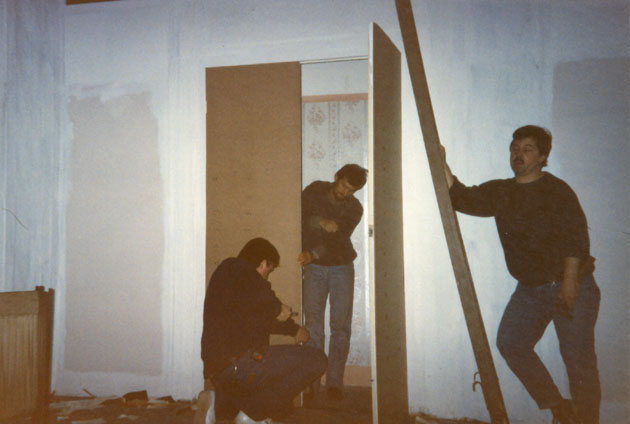 The process is very similar to decorating a house - although on the stage even the walls have to be put up in the right places! Everything is painted by hand, and gradually it all starts to take shape. 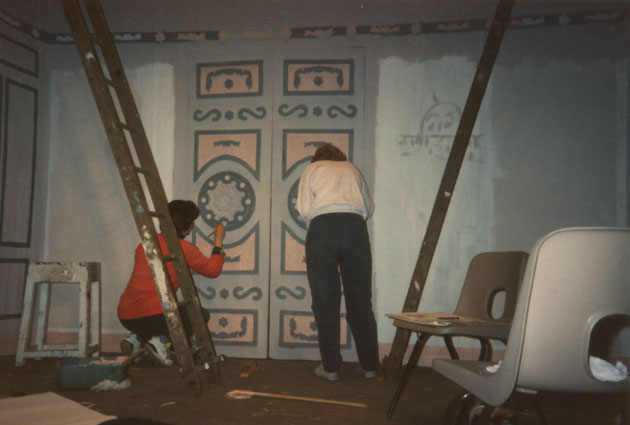 We are very lucky at Exeter Drama Company that we can rehearse on the stage on which the play will later be performed to the audience. So rehearsals are going on at the same time as the stage is being prepared. For about the first month of rehearsals, the actors read their lines from their scripts or books, working with the Director as to how and when they want the lines delivered and where to stand on the stage. 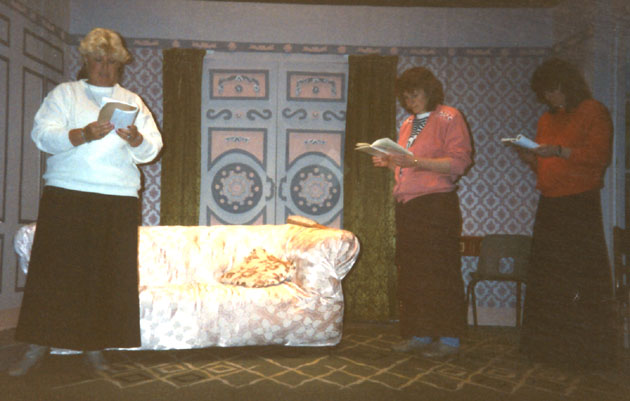 Then the Director issues the order “no books!” and the actors have to rehearse having learnt the lines. The security blanket has gone. As the rehearsals are taking place and the stage is being decorated, items to be used as props are also being tracked down. Until they have been found, the actors use anything they have to hand. This strange prickly ball is meant to represent a bunch of flowers. 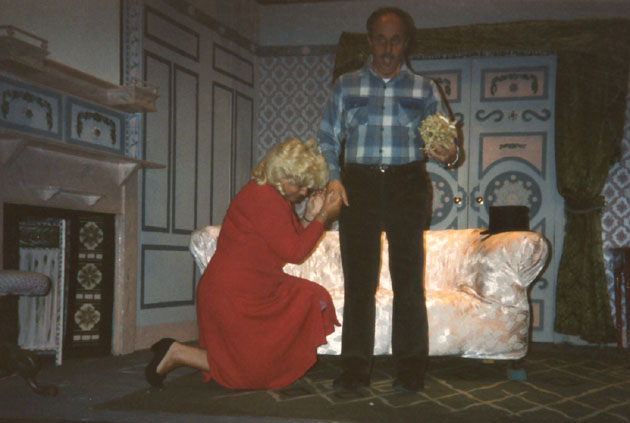 And this children’s plastic sword is used to choreograph a fight scene. 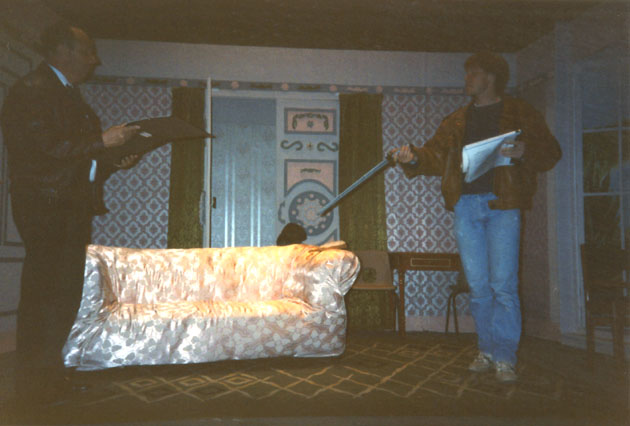 The week before the play is due to start is the dress and technical rehearsal. Everyone has their make up put on and wears their costumes. 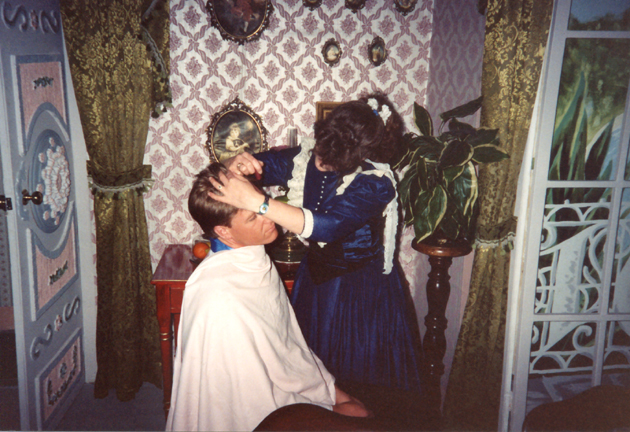 Even at this late stage, the Director still has plenty of advice for the cast. 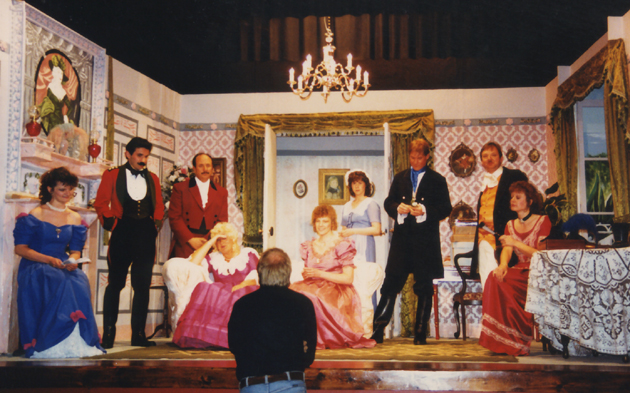 At long last its the first night. The audience are seated. The actors are in the wings, getting ready with last minute touches, costume changes, and one or two who shall remain nameless still looking at their lines!Then the curtain goes up, and the play begins………..Remember that prickly ball that was a bouquet? 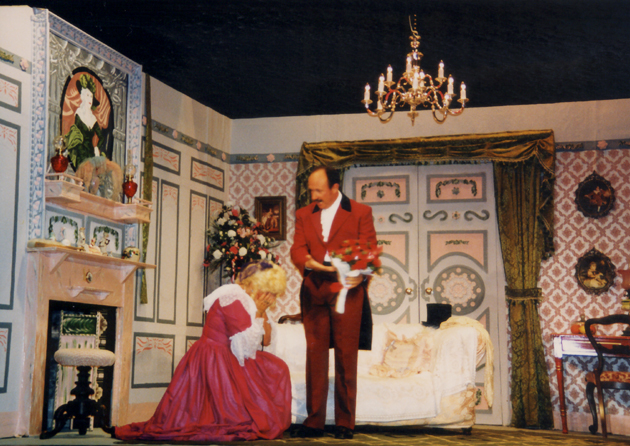 And the sword fight? 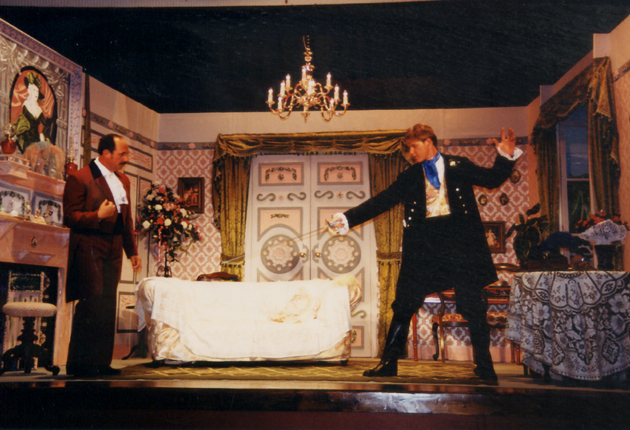 After four or five performances, its the end of the last night. The actors take a bow, and with the audience applause ringing in their ears……………they’re off to the last night party before the whole process begins again for the next play. 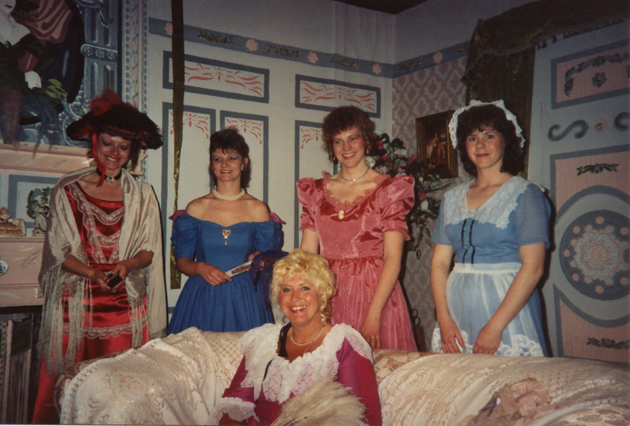